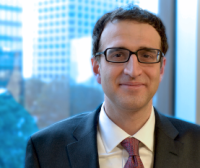 Attorney Naumovski was recognized as one of the top Lawyers of the Year in the Hampton Roads area, 2015, by Coastal Virginia Magazine.

Further, attorney John Naumovski was named one of the top 10 under 40 for the state of Virginia  by NACDA (National Academy of Criminal Defense Attorneys).

In addition, he was nominated in 2015 to be a founding member of the American Association of Premier DUI Attorneys and rated as one of the top 100 DUI/DWI 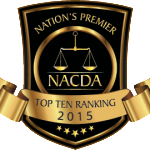 lawyers by National Advocacy for DUI Defense, 2015.  Attorney Naumovski was also nominated as one of the “10 Best DUI Attorneys” in Virginia by the American Institute of DUI/DWI Attorneys for 2014

Also John Naumovski was recognized by the National Trial Lawyers Association in 2015 as one of the top 100 Criminal Defense Lawyers in Virginia; as well as a Premier 100 Attorney in Virginia by the National Academy of Jurisprudence.

In addition, for the second year in a row, both the National Trial Lawyers Association and the American Society for Legal Advocates recognized attorney Naumovski as one of the top 40 under 40 Criminal Defense Lawyers in Virginia (2015, 2014).

Attorney Naumovski has a perfect 10.0 AVVO Rating and the law firm itself has a A+ Better Business Bureau Rating.

To learn more about attorney Naumovski visit his individual page.

Quality Legal Representation does not have to be elusive nor prohibitively expensive.  Naumovski Law has handled an expansive variety of criminal cases ranging from traffic-criminal such as Hit and Runs, Driving on Suspended License, Reckless Driving, Driving Under the Influence  as well as robberies,  burglaries, gun charges, abductions, conspiracy related charges, misdemeanor and felony drug possession and PWID charges, larceny based cases, failure to appear charges, assault and batteries, domestic violence, fraud and figuratively everything in between.

Being charged with a criminal offense is a scary experience for many people.  Not only is an individual looking at the possible consequences of a conviction but the reality that the opposing party is the State itself with its experienced law enforcement and Prosecutors trying to secure a conviction.

The best way to level the playing field is with an attorney who will defend your statutory and Constitutional rights, who will take the Commonwealth to task on proving the evidentiary  burdens of reasonable suspension based on articulate facts involving stops, probable cause and beyond a reasonable doubt.

Start your legal defense in the right direction by making the winning decision of calling for a free initial consultation. 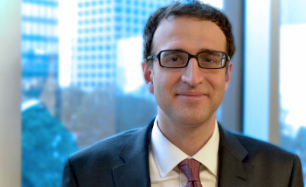 Attorney Naumovski started Naumovski Law in 2006.  Since then, he has continuously researched new case law and develop new strategies in helping the firm’s clien

John is a true superstar and professional. Top 1% in his practice of law. His knowledge of the law is truly amazing. He is well respected by his peers, law enforcement, and the judges. He was able to turn a 22 mph over the speed limit reckless driving ticket into a defective equipment zero points on my driver’s license. I am very happy I hired John to represent me. He makes his job look easy and keeps you at ease throughout the entire process. John is the best! Hire him to represent you. You will be glad you did.

I hired John with only one day to work on my case and I couldn’t have asked for a better defense. He convinced the judge to suspend my Level A Misdemeanor and I got out of court with a $50 charge for public intoxication. After our first phone call, he already had a defense ready and worked with me even after the case to see what I would face if I decide to appeal the PI. Highly recommend him.